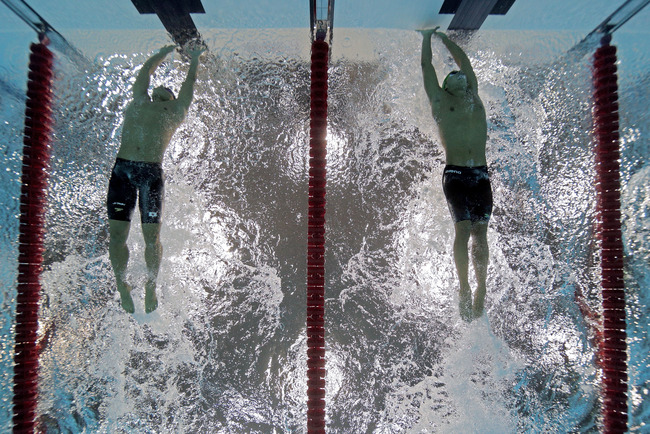 First off, the idiotic NBC, Comcast, stranglehold on the olympic video is ridiculous and needs to be addressed.

See the video here, but you had better have NOSCRIPT! installed or some other pop-up ad blocker.

We’re going to look at the final 5 seconds of the race. Phelps is in lane 6, and Le Clos in lane 5. Looking at the video you can see Phelps and Le Clos are basically tied.

From Phelps, “”It’s probably the finishes that I’ve done in workout ended up coming out here,” Phelps told NBC’s Bob Costas in response to a question about the disappointment of losing the lead. “There were times where I would go kind of slow into the wall in workout or touch kind of lazy, and it showed.”

And he’s right. Look at the video again. You can see how Phelps’ last stroke is a little too far away from the wall. Competitive swimming convention says that you should not take another half stroke but should kick into the wall when you are that close. Phelps did the right thing, kind of.

Watch the video again and you’ll see that Le Clos takes one last stroke just a .05 second after Phelps begins his last stroke, but that makes all the difference. Le Clos’ last stroke finishes with his hands just inches away from the wall, not yards, resulting in his .05 out-touching Phelps.

The very simple thing that Phelps did wrong was not time/gauge his strokes to match the distance to the end of the pool. When done well and correctly, the fly finish should match Le Clos’ perfectly. When you haven’t counted or adjusted your strokes accurately, you get a finish like Phelps, which under the circumstances at that point was done with precision, was not perfect as it should have been.

Rightly so, Phelps attributes it to lazy practice finishes. He is right. The bad habits learned in muscle memory at practice manifest themselves in competitions. 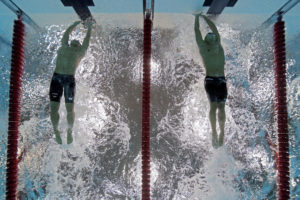