No matter what you call this game, it can be fun, exciting and open to many different variations. We’re going to look today at the different criteria for success and failure, challenges to making the game effective and how to overcome them.

Carol gives a good description of how they use it in their program:

Carol Walsh: Swimming Ideas absolutely. We try to start off with pairs and then winners vs each other (and to keep everyone moving the loosers face each other too, hoping to work toward more evenly matched challenges for everyone. Sometimes we will stop to watch the champion match of the battles. We start mid pool, winner has to kick their opponent to the opposite wall (sometimes we take the lane lines out and go the short way). We use every kick but back.

What skill does this work on?

Primarily kicking and aerobic workout. There will be some focus on core strength to keep the body straight.

When playing this game swimmers will be focusing on a strong constant kick. Typically the person with a weaker kick will slowly be pushed backwards. People with inconsistent kicks will also be pushed backwards. Occasionally, if the match is equal it comes down to endurance and who can maintain a strong kick the longest.

Generally the game focuses on these swimming skills:

Who is this game appropriate for?

We suggest 8 and over because it can be fairly intense to kick faster and stronger than someone else and push them backwards while they are pushing against you.  We also have seen 7 and unders struggle with keeping their core engaged to stay pushing straight. They will often twist or bend at the waist and spin the board or the middle object instead of pushing straight back.  This results in a spinning kick instead of a straight forward and backwards.

How to explain it:

You will need a floating item to be the center point. In the picture it is floating board. You can use a kickboard, noodles, anything that is somewhat stable and ideally floats at the surface.

You can do groups like the short video, or you can do 1 on 1.

Most popular and easy is a 1 on 1 competition.

We are going to play Kickboard battles. Find a partner. Each group needs to have 1 kickboard. Hold the kickboard sideways and each of you hold the sides. You are going to each kick freestyle kick towards each other and see who can push the other person to the yellow on the lane line. We will start in the middle of the pool, in the middle of the lane. Your goal is to kick as fast and as hard as you can to push your partner backwards until the kickboard crosses their yellow buoy on the lane line.  If you twist and your feet touch the wall or a lane line you are disqualified.

Perhaps you have a particularly well matched pair. You can do time based kicking where whoever is farthest behind 1/2 way after a certain time is the loser.

You can do a set number of kicks: like each person gets 100 freestyle kicks and then has to stop, or 50 breaststroke kicks. 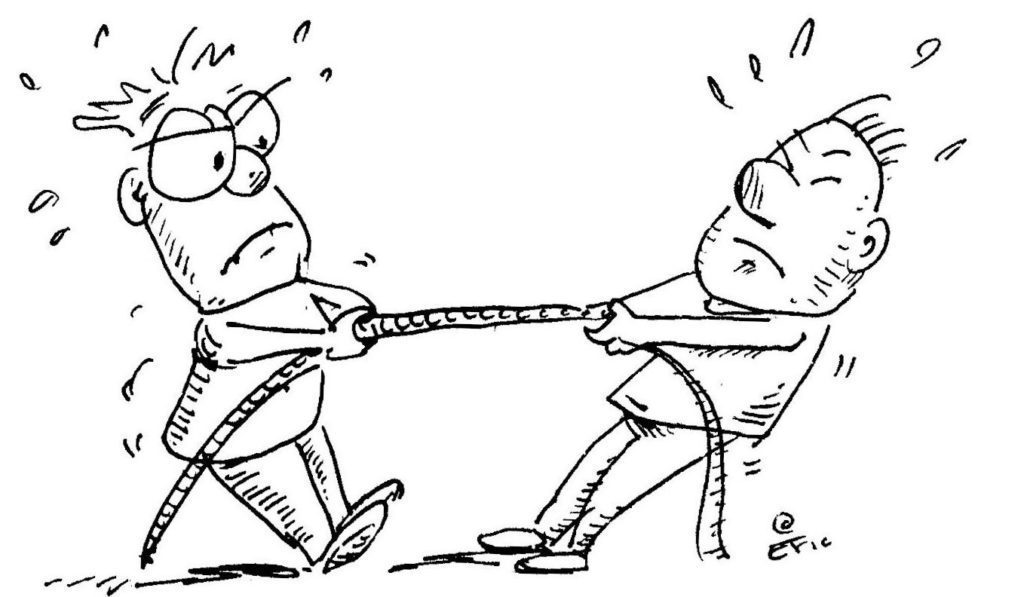 This game is basically a push of war in the water where the kickboard is the rope.

Have you played this game? Join the conversation below or on facebook :

We have done this a number of times. it works really well with older more experienced swimmers.  Smaller and less…