To teach Adults how to swim requires first assessing what their ability level is.

Use the preceding list to assess the ability of the adult swimmer. When you hit a point where they are no longer able, assess the next heading. For instance, if the swimmer can’t do breaststroke kicks, don’t ask them about the arms. The kick in Breaststroke is the most important.

Here is a sample teaching progression for an adult class:

iii.      Hips rolling with the arms and shoulders

ii.      Arms: always in front of the body, elbows don’t come past shoulders

iv.      Float and kick with movement (any forward motion will allow the body to naturally float on the surface; the motion lifts the legs up and makes the good body line easier).

vi.      Swimming with arms NO breathing

vii.      Swimming with arms AND breathing

Thank you, quite helpful!! 🙂

Ask now and be featured in a future podcast episode.
https://anchor.fm/swimmingideas/message 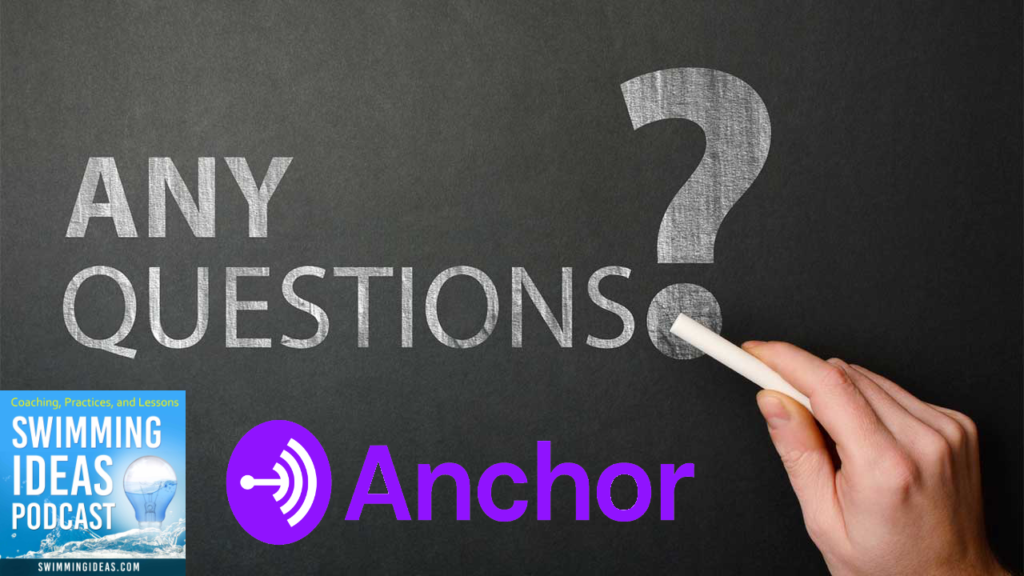