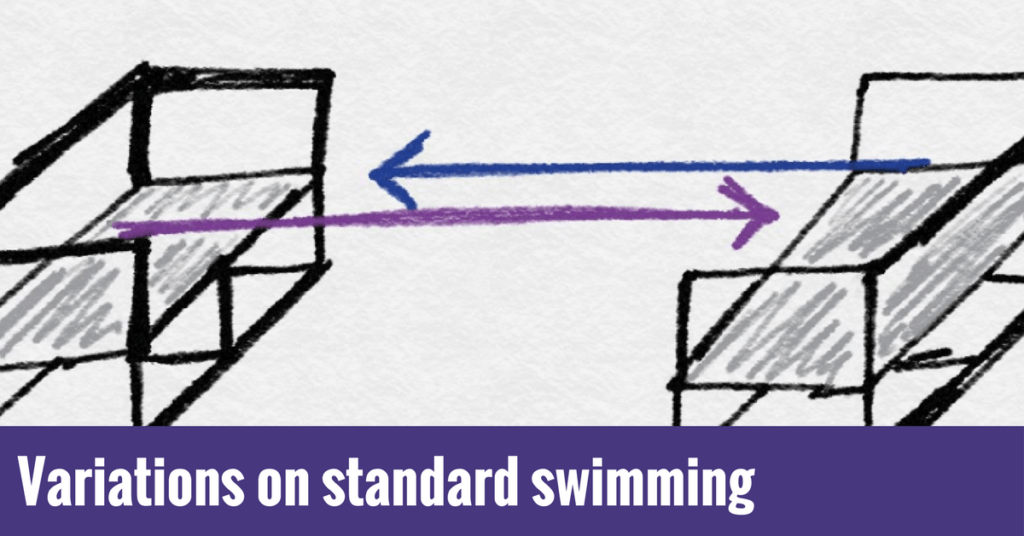 At Swimming Ideas we’re all about ability, skill, and learning over endurance. I’d rather see someone swim well than swim sloppy for 200 yards. Perhaps I should say that we’re in the business of “fun and effective” swimming. In fact, I wrote a whole book about creating “fun and effective swim games.”

Through our swim team we get access to the GoSwim daily videos. Which are generally okay. There are occasional great nuggets of wisdom in them. One video describes doing a double breath flip turn. Basically you breathe to the right, immediately breathe to the left, then do your flip. The idea is that you get more breath and can then do your streamline off the wall longer and better without struggling for air. Sounds neat, probably wouldn’t “train” people to do this, but it could be an effective tool to improve their flip turns or to create a habit of streamlining longer after the flip.

I found the introductory line so profound and appropriate to what we do at Swimming Ideas, I had to go back and listen to it again. I listened to it three times, resetting the video, and hearing it clearly. Thankfully they put the transcript below the video in their pages. Here it is:

“Introducing variations on standard techniques MAY allow an athlete to gain an advantage in another area of their swimming.”

I think it is clear that variations to technique is exactly intended to improve other aspects of swimming; not “may” help. I think it DOES help.

This is literally how we come up with new drills, come up with fun games, and do things that may not be exact swimming, but the benefit provided by the activity outweighs the negative habit it might form. Do the benefits outweigh the negatives? Essentially that is the question you should ask whenever you’re coming up with your own lesson plans or doing your own games.

If you’ve taken a look at our swim lesson plans, or our developmental swim practices

Then you know we do a lot of games and activities that are not conventional swimming, but they lead up to excellent technique.

Even drills and teaching progressions that I don’t like are variations on the core skill. For example, I really dislike the whole side glide and rolling on your back to teach freestyle breathing. In my teaching experience at our program we do not use it, but we can teach it in about 30 seconds once we get swimmers to do glides. This isn’t the place to rant about side glide, but here is. My point is that it is a modification of a target skill intended to improve the target skill.

I feel like this is an obvious thing to mention, but there is value on harping on this one concept: that variations to standard strokes improves technique in other areas.

You can make changes to swimming strokes and see if they improve your target skill. You can create new games and drills on the fly by simply making a skill different! It is liberating, exciting, and the foundation of improvement! It is a challenge both for you as a coach and the swimmer.

Yesterday during my beginning group swim practice I noticed during freestyle that many of the kids were not reaching to full extension when they were swimming freestyle. Their arms were bending before hitting the water, they hit the water at odd angles, they sometimes didn’t even reach full above their head to initiate a stroke. Ugh. Awful!

We split up into groups and I attempted something new. I had them put little floating foam discs under their palms and push off the wall in position 11 maintaining the floating discs underwater. The challenge was to angle the hands so the discs moved with you and not float away. Swimmers could not “hold” them, just palm down place and use pushing pressure. It wasn’t the greatest activity, and kinda boring.

After each group got a chance to do it, we did 2 x 25’s of freestyle where you had to swim like you pretended that there were discs under your hands. You had to “hit the target” with each stroke. It was okay. So we did 2 x 25’s of freestyle with two kickboards, and you put your hands on them like they were floating islands. Every stroke you had to let go, push the board, do a stroke and slap the board. It was difficult. It didn’t work well, and I would probably not do the activity again, but it worked to get the kids to reach long when we did our next 2 x 25 of free. They remembered the kickboards and all did a long reaching stroke that “hit the position 11 target” above their heads.

I took a swim technique, altered it, and hoped that it would improve something; and it did.

You can do it too!

Let me know what you’ve done, what you’ve adapted recently that is not a typical drill or game. Share in the comments below or on social media. 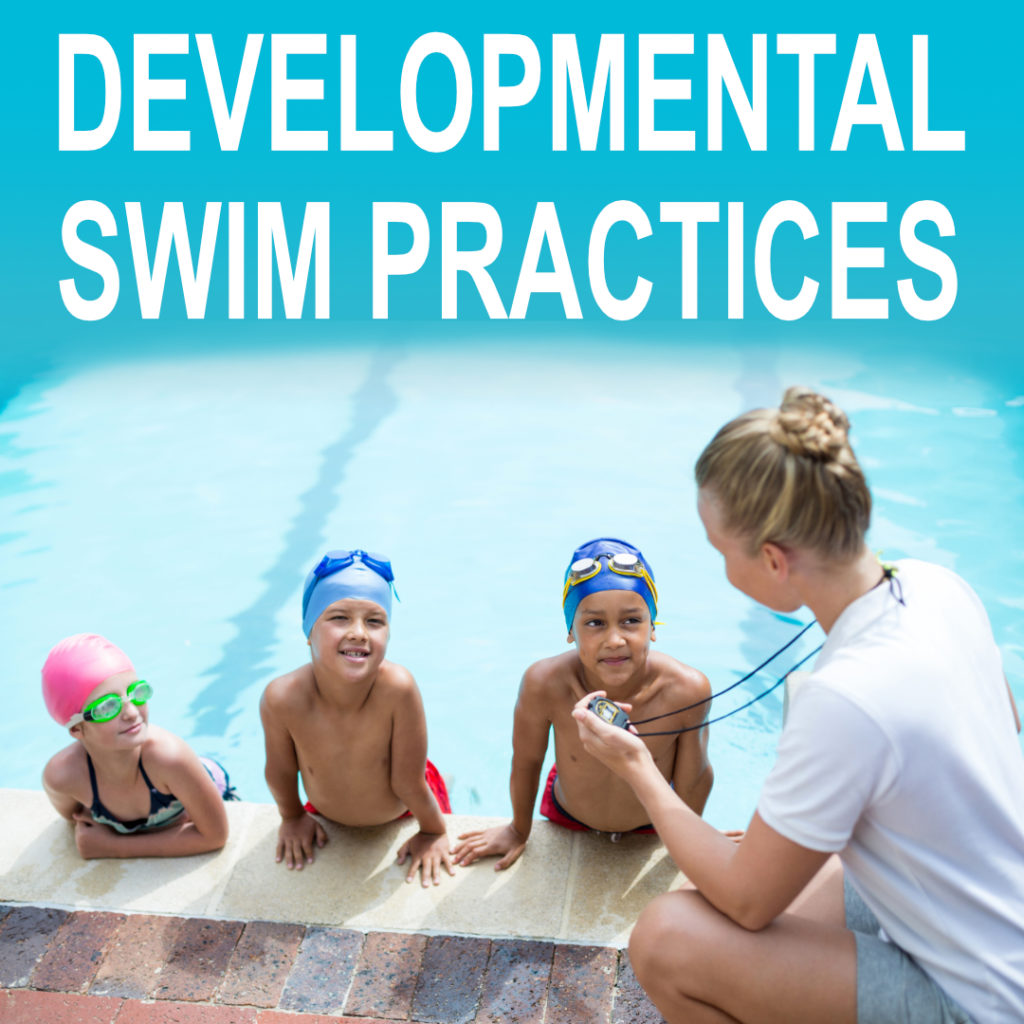 View over 300 custom swim practices written for Developmental Swim Team Level 4. Our groups consist of beginners ages 5-13 and their first experience with a competitive swim team.

Create your own swim team practices.

Create your own swim lesson plans using the same format.